ALL YOU WANT TO KNOW ABOUT TIM DUNCAN… 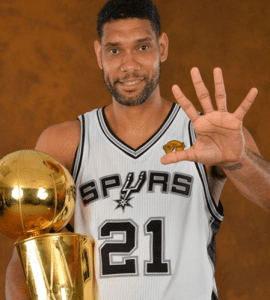 When and where was he born ?

Swimming, in a short period of time Duncan broke both, 50 and 100 metres freestyle Virgin Island records, that made him biggest swimming prospect in the country. Experts said, he has the potential to win the American Championship in 400 metres too.

Why gave he up swimming ?

In 1989, Hurricane Hugo destroyed literally the whole Island, the one and only Olympic size swimming pool of the Island was also in ruins. Duncan tried to train in open water for a while, but because of his biggest nightmare ‘ Sharks ‘, he had to give up.

In High-School, he wore number 32 because of his idol Magic Johnson.  In College  ( Wake Forrest ) 32 was taken, therefore Tim has taken his step brother’s jersey number 21 as a sign of respect. His step brother taught  him to play basketball. 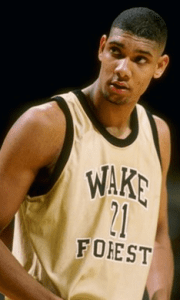 Because of his homeland,  ‘ sharks ‘. Duncan has lost a close friend when he was a child, after a brutal shark attack.
Furthermore he has acrophobia and scyscrappers make him edgy. 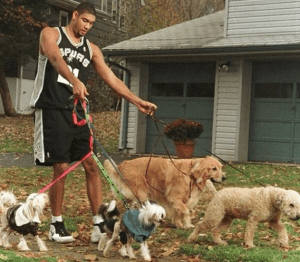 Playing Dungeons and dragons on computer.

He collects Silverware sets from all over the world, especially antic pieces. 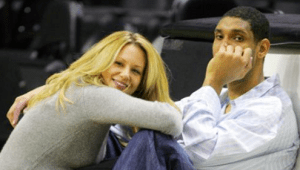 He has lost his parents due to cancer. He has 2 elderly sisters.
Tim Duncan Foundation makes every year notable donations to Different Health Organisations.
He also provides Scholarship to over 100 kids in need from San Antonio and Virgin Island.