ALL YOU WANT TO KNOW ABOUT DIRK NOWITZKI…

We hereby present you the unknown facts regarding the Ultra-star of NBA and International basketball, who has a top notch career with full of achievements such as 1 NBA Championship, 1 regular season and 1 Finals MVP Award respectively, 12 times NBA All-Star and 1 World Championship and 1 EuroBasket MVP Award (even though he wasn’t the champion of the last said two competitions, as he came 3rd in that 2002 World Championship and 2nd in the 2005 EuroBasket!) 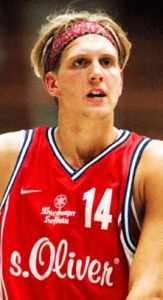 He never played in the NCAAs. His sole team before the NBA was DJK Wurzburg, where he has spent 4 years beginning from his early years of youth basketball.

Before he turned into a basketball player

At first, he played handball just like his father did, and he also played some tennis, but as he grew really fast and became 30 centimeters taller than his second tallest teammate, he got tired of being seen as “unusual” in those sports, and he started to play basketball.

He has many identifying nicknames. Most famous ones are; Dirk Driggler, Germanator and Dino. His friends refers to him as DiNo. The two reasons for such nickname are; his initials D.N and he sticks out his tongue regularly just as the Dino character in the Flintstones cartoon, when he drives to a lay-up in basketball.

He is the all-time most important European player in the NBA history. 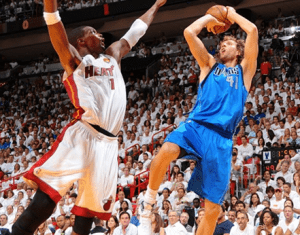 “Fade-away” on one foot

This move is originated with many stars, especially with Michael Jordan; but the factors that makes this move as Dirk’s trademark and go-to move are; him being a tall and white player, a relatively non-athletic and non-elastic player, and his little preparation moves such as 1-2 hard dribbling with the ball, half-spin and fading away from the defense with a single step.

Drafted by the Milwaukee Bucks

Although he did not play for any other team than the Mavs, he was originally drafted by the Bucks in the 1998 NBA Draft. However, he was traded for Robert Traylor in the draft night and he is wearing Mavs jersey ever since.

His 18th year in the same franchise

Dirk is going to play his 18th season in the NBA this year, and by the means of longevity, he is in the all-time 5th place among the players that played for just a single team through their careers with such performance. 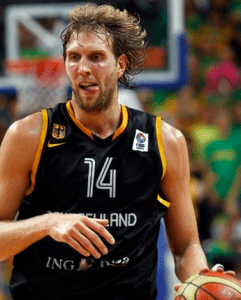 He plays saxophone and guitar, he likes literature

He is very gifted and talented not only on the court, but also off the court, as he can play many instruments, especially guitar and saxophone. Besides that, bookworm and he reads regularly in his spare times.

Is he married, does he have any children?

He is married to Jessica Olson, who was born in Kenya to a Swedish father and Kenyan mother, since 2012. They have a daughter named Malaika together.

His documentary has been made after 2 years of work

A documentary about his career has been made under the name of “Nowitzki: Der perfekte Wurf” (Nowitzki: The perfect shot) 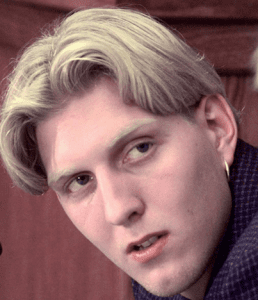 His mentor is Holger Geschwinder, who was a famous German national basketball player, with capping 150 times for the national team. Geschwinder saw Dirk’s play when Dirk was 15-16 years old and predicted that he was going to be a big star even then. He ultimately proved to be correct with such assumption. He also mentored Dirk with his physical and mental training methods, such as teaching him fencing for shooting mechanism, reflexes and stepping, and teaching him chess for predicting the moves of the opponent precisely and taking the necessary measures in such manner.

His money is managed by his sister

His sister Silke was also a basketball player, even capped on the national level, but she left playing basketball afterwards and went into business life, with majoring in economy and MBA educationally. Throughout such years, Dirk’s all savings and investments are held and controlled by Silke.

Since his childhood, his lucky number is 14. He wore #14 when he began playing basketball and in the German national team. The reason for him choosing 41 in the NBA is that, when he arrived to the Mavs franchise, #14 had belonged to Robert Pack at that time and Pack was reluctant to give Dirk his jersey number. Even after Pack left the Mavs 2 years later, Dirk said that he initiated his NBA career with #41 and so did not change his jersey number ever since.

His best and closest friend 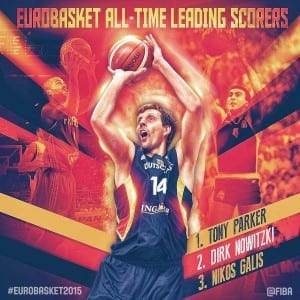 Cockroaches. He has a phobia for every bug and beetle, but his biggest fear is cockroaches

Braveheart (Editor’s Note: Pau Gasol’s favorite movie was also Braveheart. Is that a coincidence? Could this preference be a reason and sign for the unyielding and indomitable spirits and natures of the playing styles of these European titans?)

Favorite music when he was a child

Hip hop. He was actually a fanatic of such music genre.

Blue and green (E.N: Surprised? He is devoted to Mavs!)

What would he become if he was not a basketball player? 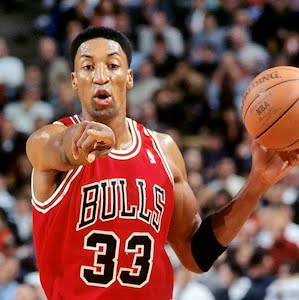 His idols in basketball were Scottie Pippen of the Chicago Bulls, Croatian legend Toni Kukoc (who was one of the first samples of today’s tall player image as a pure shooter and versatile player in elite level, and also a member of the second three-peat of the Bulls), and national hero Detlef Schrempf (who also had a quite well career with more than a total of 1.000 regular season games in the NBA with Mavs, Pacers, Sonics and Blazers, with being selected as to the All-Star game 3 times, played in NBA Finals with the Sonics in 96 against the record-breaker Bulls (72-10 W) and selected as two time NBA Sixth Man of the Year. Also has a history in the NCAAs, Schrempf was officially the first European player to play in the NBA, and also selected to an All-Star game, by the means of being born and trained as a youth in Europe). The common factor of all these three basketball figures was their unstoppable sharpshooting ability regardless of the distance from the basket, contrast to their height and despite outside shooting was an irrelevant ability for the small and (especially) the power forward positions of that time.

He is the sole rejuvenation source of German basketball after the most famous Detlef Schrempf-Christian Welp (r.i.p.)-Uwe Blab-Hansi Gnad-Henning Harnisch-Michael Koch-Henrik Rödl era. Starting from the 1999 EuroBasket under the coaching of Henrik Dettmann, Nowitzki lifted up the national team day by day, made them participate in the 2008 Olympics, earned them a bronze medal in 2002 World Championship and selected as the MVP with his unbelievable performance, achieved a silver medal in the 2005 EuroBasket and repeated his MVP selection (mostly due to his historical epic performance against Spain in the semifinals, where he also made the decisive last second shot over Spanish Jorge Garbajosa), helped Germany to became a “tournament team” in every competition as they achieved successes such as being quarter-finalist on a regular basis. In such journey, he always led his team in scoring with his unstoppable, elite and world-wide scoring skills, shooting ability and his bionic condition. Until the age of 31, he never missed or turned down a national competition, or even subbed in the games to the bench regularly, just like Pau Gasol of Spain and Tony Parker of France.

These three superstars are the true pioneers of the modern European style and European player invasion to the NBA, together with Russia’s Andrei Kirilenko and Serbia’s Predrag Stojakovic (but the duration and achievements of the careers of the said trio were much more remarkable). Dirk himself is the biggest contributor to the evolvement of “stretch power forward” from the old school’s “strict power forward” design, and by so, he created the new perception of today’s power forward position; with inheriting such legacy from the versatile players who were ahead of their time and thus created a solid difference in the game; Schrempf, Kukoc and even Pippen, and Dirk perfected this inheritance. He will always be remembered as one of the greatest European players and NBA power forwards of all time.

A proof? In 2013 Michael Jordan called Nowitzki one of only four current players (alongside LeBron James, Tim Duncan and Kobe Bryant) who could be nearly as successful in his era of basketball. 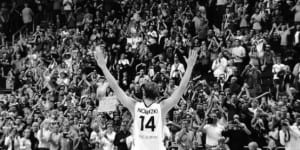 Today, after EuroBasket 2015, Nowitzki became the 2nd all-time scorer of the EuroBasket history (1.052 points) with surpassing the Greek legend Nikos Galis; being only behind of Tony Parker. The negative side of such achievement is that, after the early elimination of Germany in the tournament, he once more declared his retirement from the EuroBasket competitions, and he may even be retired from the national team completely. Although it is a dramatically sad incident for all the basketball fans, we always thank and hail to the successes and invulnerable character of the Great Dirk!