ALL YOU WANT TO KNOW ABOUT DWIGHT HOWARD…

The owner of today’s “NBA Stars Trivia” is DWIGHT HOWARD…

It is time to reveal the hobbies and the daily life of the dominant center of Houston Rockets, who widely goes by his most popular nickname, “The Superman”.. 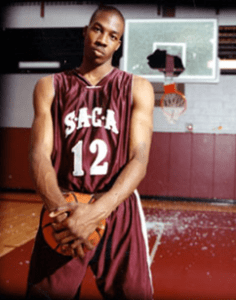 Family full of Sportsmen
His dad is an highly achieved athleticism director and expert, while his mother is a former basketball player.

Shoe collection
Has a shoe number of 22 (USA/Canada size) and all of his shoes are specially made for him, as that size is unavailable in the stores. Has hundreds of shoes in his closet.

Who was his idol?
Kevin Garnett (whom he had a brief but though fight quarrel in November, 2014 in a Brooklyn – Houston game, where KG accused him of being soft and coward – ironic, isn’t it?)

Why 12 as jersey number?
Because his idol Kevin Garnett was wearing number 21 in his Timberwolves years, and Dwight chose number 12, which is the mirrored image of 21…

Does he have a good luck charm?
When he was a child, he used to write some things to a paper and puts it under his pillow every night. When his note which he wrote in the junior high (7th grade) and declared his wish of being drafted as 1st overall pick in an NBA draft became true in 2004, he still maintains such good luck charm today.

Has a Charity named “D-12”
His charity is established with an aim of helping the orphans all around the world.

Hollywood Experience
He took parts in the movies “Just Wright” and “The Three Stooges” in 2010 and 2012 respectively, and he was a voice actor in the dubbing of the animation movie “Free Birds” in 2013. He also acted in the documentary “Dwight Howard In The Moment” in 2014.

A child from his every single relationship
5 of them are official, but its rumored to that he has 8 children from 7 different women. 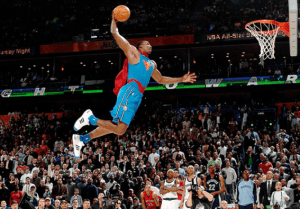 What is his nickname?
Superman (he had competed in the 2008 Slam Dunk Contest with the Superman cloak and won the competition. Since then, Superman remained as his nickname..)
Besides that, D-12 and Big Bear are also his widely known nicknames.