ALL YOU WANT TO KNOW ABOUT PAU GASOL…

Being a Chicago Bulls player nowadays, the NBA star and a true legend of European basketball already, has won 2 NBA Championships with the LA Lakers in 2009 and 2010, was selected to a total of 5 All-Star games (with being the first Spanish player to become selected in an All-Star game), and won the NBA Rookie of the Year Award in 2002, which pursued another success of getting picked as 3rd overall in an NBA Draft (record of that time for being the highest picked European player)… 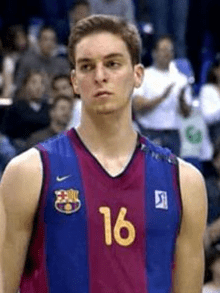 And right here and now, we present you the shrouded and unknown facts about the Spanish Big Time, whose magic is still available to watch in the ongoing EuroBasket 15…

None! He was picked in the NBA Draft in the age of 21, directly after his 3 years of experience in Barcelona as a prodigy.

Although his father is a hospital director and his mother is a doctor, they both had basketball on professional level in their youth.

He has two younger brothers; one is widely known by everyone, Marc, who is an elite NBA center, and the other one is named Adria. 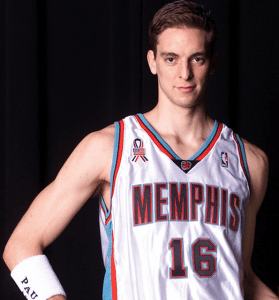 14 years in the NBA, 3 different teams

The Spanish superstar was originally drafted by the Atlanta Hawks in 2001, but his rights were traded to recently relocated Memphis Grizzlies, in exchange for Shareef Abdur-Rahim.

After he spent 7 years with the Grizzlies, as of 2008, he became a member of the Lakers, which would last for 6 years and constitute the prime age of his career  2008; and since last year, he is wearing Bulls jersey.

Friends, Sanford and Son, the Fresh Prince of Bel Air

As a Catalan, he supports Barcelona of course.

What would he become, if he was not a basketball player?

Doctor; his reasons were directly connected to his family professions and his desire to cure the AIDS disease, which he hates because of his favorite player as a child, Magic Johnson. He was actually going to pursue such medical career (even before basketball), and he even went to medical school for 1 year in University of Barcelona, but he dropped such interest as he couldn’t manage to keep up doing both medical career and basketball in the same time. Despite such selection, he is still highly interested in surgery and medicine, and has a wide knowledge in such area.

Ken Follet’s work of art, Pillars of the Earth, which was translated to Turkish as “Bir Katedralin Öyküsü” (The Tale of a Cathedral)

Favorite player in a different sport 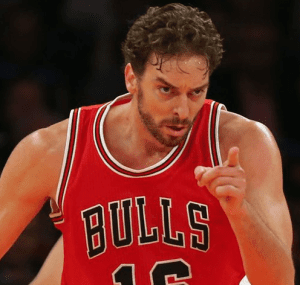 Actually, this was not his direct choice. In Spain, the players in the youth academies were assigned to a number between 4 and 15 (a widely common ruling fact for most FIBA competitions) for jerseys, and the newcomers were assigned to number 16 and 17. In such way, as a child, he was assigned to number 16 and as he became successful with that jersey number, it became his luck charm and he didn’t want to twist this charm; so he is still wearing #16 in his jersey.

He can speak 5 languages

English, Spanish and Catalan mainly; but he also learned fluent Italian and French by himself.

In the charity foundation he established together with his brother, they are taking care of the education and health of the needy children. They are not only training them in the physical means, but also they educate them mentally and prepare them for life.

Does he have a girlfriend?

He is having a relationship with Silvia Lopez since the year 2009; in fact, it is rumored that they had secretly married within this very month (however, this claim is neither confirmed, nor denied as of today).

At the age of 35 now, he is still one of the most true dominant players in the European Basketball Championship history; with being 4th in the all-time individual scoring list with 1.019 points (behind French superstar Tony Parker, German titan Dirk Nowitzki and Greek legend Nikos Galis – he however, is now so close to surpass Galis to become the 3rd overall after his magnificent 40-point performance against France recently; as Nowitzki and Parker also did surpass Galis in this Eurobasket). He had won 2 Gold medals (2009 & 2011), 2 Silver medals (2003 & 2007) and 1 Bronze medal (2001) in EuroBaskets, and also won 1 World Championship in 2006, alongside 2 Olympic Silver medals in 2008 and 2012 with his team, mostly accompained in this golden era by his brother Marc, Jorge Garbajosa and Juan Carlos Navarro, mainly. He already had surpassed the iconic figures of Spanish basketball such as Juan Antonio Corbalan, late Fernando Martin, Juan Antonio San Epifiano, Jofresa Brothers, Jordi Villacampa, Wayne Brabender, Clifford Luyk, Nino Buscato, Nacho Solozabal, Andres Jimenez and Alberto Herreros with such achievements, and also became a true pioneer alongside with Tony Parker and Dirk Nowitzki for European Player invasion to NBA in the beginning of 2000s.

To prove his worth; in his absence, Spain only managed to win a Bronze medal in the national team level, which was 2013; in the rest of such tournaments in which Pau did not participate, Spain became only 4th in 2005 EuroBasket and 6th in the 2010 World Championship…

After his elite perfomance in the 2014-15 NBA season with Bulls, in which he passed 18.000 points, 9.000 rebounds and 3.000 assists threshold, he carried such momentum to the EuroBasket 2015 and clinched a berth for this team in the tournament final, and also guaranteed Spain’s participation for the upcoming 2016 Rio Olympics. Walk tall Pau!