ALL YOU WANT TO KNOW ABOUT LEBRON JAMES…

Today, we are honored by the presence of “The Chosen One”, a.k.a “King James” in our NBA Star Trivia..

Her mother was only 16 years old when Lebron was born
Gloria James was only 16 years old when she gave birth to Lebron, who was born in December 30, 1984 and “The King” is not familiar with his dad. The famous superstar declares in every possible opportunity that he owns everything to his mother and he also took his mother’s surname accordingly; he indeed hates his father who was never a part of any stage of his life.

Youngest basketball player to become the cover of a magazine

He became the cover of a most famous sports magazine Sports Illustrated when he was only 17 years 50 days old and he was the first basketball player to achieve such honor at that age.

He was born in Ohio but…
With regards to the three of the most popular sports branches American Football, Basketball and Baseball, Lebron was a fan of Dallas Cowboys, Chicago Bulls and New York Yankees in his youth, rather than the local Cleveland teams Browns, Cavaliers and Indians. 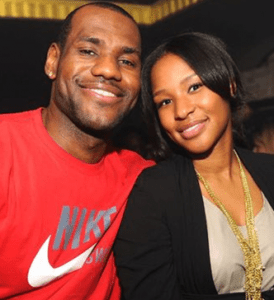 Married with Children?
He is married to Sawannah Brinson, his sweethart from teenage years whom he was together with since he was 16. He has 3 kids, which 2 of them are male. Their names are, LeBron James Jr, Bryce Maximus and Zhuri, his daughter, respectively.

Triple-double when he was 20
He is the youngest player to achieve a triple-double in the NBA. He earned such title and made history in the game against Portland in January 19, 2005, with a performance of 27 points, 11 rebounds and 10 assists.

Not only that; but he also managed to record 28 points 12 rebounds and 10 assits in the game against Golden State, which was just 3 days after his first triple-double, and with such success, he managed to become the only player to do so in 3 days…

Of course, the fact that his first option (#23) in Miami was retired by Pat Riley in April 11, 2003 as a mark of respect to Michael Jordan, also had a huge part in this decision.

2000 points, 500 rebounds, 500 assists
He was the only player that managed to achieve those numbers in 7 different NBA seasons, but more importantly, he did that for 4 successive years.

As another fact, he also succeeded to score 2000+ points for 7 successive seasons and he is the youngest player to achieve such triumph.

30+ points for 7 games in a row, with a FG percentage of more than 60% for 6 of such games
We can claim that it is impossible to achieve such statistics. In February of 2012-13 season, he played with 30+ points and %60+ field goal percentage for 6 consecutive games. After this record statistic, he also managed to score 39 points against Oklahoma, but his field goal percentage in that game was 58.3%. 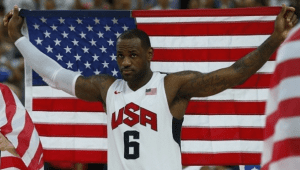 Regular Season MVP Award, Finals MVP Award and Olympics Gold Medal in the same season
There are only two players that achieved such success; one of them is LeBron James and the other one is Michael Jordan. The King managed to achieve that in 2012.

Larry Bird, Michael Jordan and LeBron James…
LeBron is one of the three players to win the Regular Season and Finals MVP Awards for two times..