ALL YOU WANT TO KNOW ABOUT ANTHONY DAVIS…

Today, we welcome Anthony Davis, the rising superstar of New Orleans Pelicans who had recently signed a contract of 145 Million$ worth, to our NBA Star Trivia.. 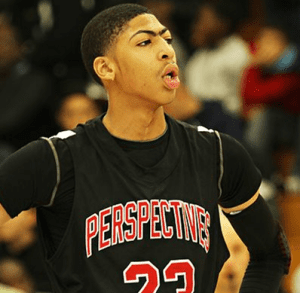 The sudden evolution of his physical attributes
Anthony Davis’ officially measured height is 2.10m (6’11”). However, just a few years ago, when he was a freshman in high school, his height was only 1.83m (6’0″).

A point guard in high school
Davis had played as a point guard during his first two years in high school and was trying to improve his passing, ball handling, dribbling, shooting and creativity abilities. When his height was grown by more than 20 centimeters (7 inches) in 2010, he suddenly began to play as a big man, mainly as a center. 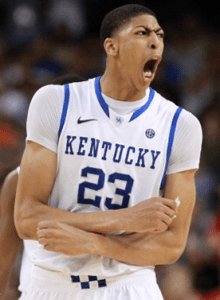 The musicians he likes to listen
Notably Lil Wayne, and then Frank Ocean and Drake..

What is his nickname among friends?
“A.D” or “Ant” (Editor’s note: Wouldn’t it be a good idea to fix his nickname to “Ant-Man”? He is so hard-working and has unbelievably extraordinary physical and athletic abilities! Yep, this looks promising..) 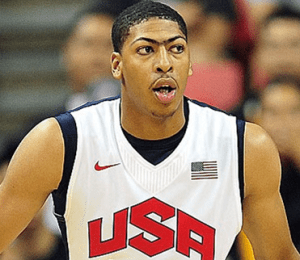 His love for New Orleans goes a long way back, even before the NBA
He has won the NCAA tournament in finals with Kentucky Wildcats in 2012 which was held in Louisiana/New Orleans; since then, he believes that this city is charmed with luck.

Acquired an Olympic Gold Medal before he took his steps into the NBA
He was a member of the US squad that became the gold medalists of 2012 London Olympics and he was the first American basketball player to compete in the World Olympics prior to becoming professional, since Emeka Okafor (he achieved the same in 2004 Olympics, but couldn’t manage to earn a medal).

His hobbies
Painting; he especially likes to paint cardboards.

How is he doing with the video games?
He likes to play many of them in his spare times. He is mad about Call of Duty.

Why does he wear #23 in his jersey?
As a native of Chicago, he copied the jersey number of his idol Michael Jordan and wore it in his all high school and college years. He still maintains that run in the NBA..

His idolized basketball player in childhood
Of course, Michael Jordan