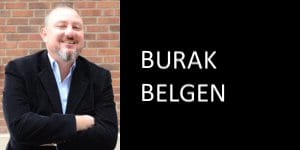 Season’s last Grand Slam US Open is just around the corner. We are gonna be dealing with the Championship’s analysis and the favourites later this week. Today, we provide you important information about US Open and its 134 years of history
First US Open has taken place in 1881 in Newport’s grasscourts, available only to United States Tennis Association ( USTA ) members. Then in 1915 the tournament moved to New York, where tennis was extremely popular. The venue was West Side Tennis Club in Forrest Hills.
Except for a short period of time ( 1921-1923 ) being a guest to Philadelphia, Forrest Hill continued to be the host till  the construction of National Tennis Centre in Queens.
From that day on, Queens / Meadowland ( Flushing Meadows ) has always been the venue for the Championship.
The first thing that comes to mind about US Open, is Arthur Ashe Stadium. The biggest tennis court in the world with the capacity of 23.000 spectators.
The stadium was named after, 3 times Grand Slam Champion Arthur Ashe. The pride of Black Americans, former World Number 1, was infected by “HIV Virus” during a heart bypass surgery, and died in 1993.
The biggest difference between US Open and the other Masters, is the Tie – break in final sets.
Another interesting detail is, US Open is the only Major played in 3 differents. From 1881 to 1974 matches played on grass-court, 1975-1977 on clay and then always on hard-court.
The only male player who won the championship on 3 different court is Jimmy Connors whereas the only woman to do so is Chris Evert Lloyd.
Firsts of US Open;
***First tournament with the equal money prize for men and women. ( 1973 )
***Whit the establishment of ‘Hawk Eye ‘, first Major with the ‘ Challenge system ‘. ( 2006 )
***The only Grand Slam without a break, it’s played every year since 1881.
***First tournament with a ‘Night Session ‘. ( 1975 )

Another outstanding statistic is, in its 134 years history an American man or an American woman has always been in finals except 6 times. ( 1973, 1988, 2004, 2007, 2009 and 2010 )
But the last American who took part in final was in 2006 and the last American who won the Championship was in 2003. Those statistics belong to Andy Roddick.
In women’s draw, there is a US American domination, actually Serena domination, Miss ‘ King Kong ‘ has won the last 3 championships, and has 6 championships overall ( most in Open Era, shared with Chris Evert ).
On the Men’s side, we see 3 great champions, Jimmy Connors, Pete Sampras and Roger Federer. They all have won 5 times.

“In US Open History”

As usual, US Open will begin on the last monday of August and end on September 13.